Sarah Templeton is a successful book author who specialises in ADHD. 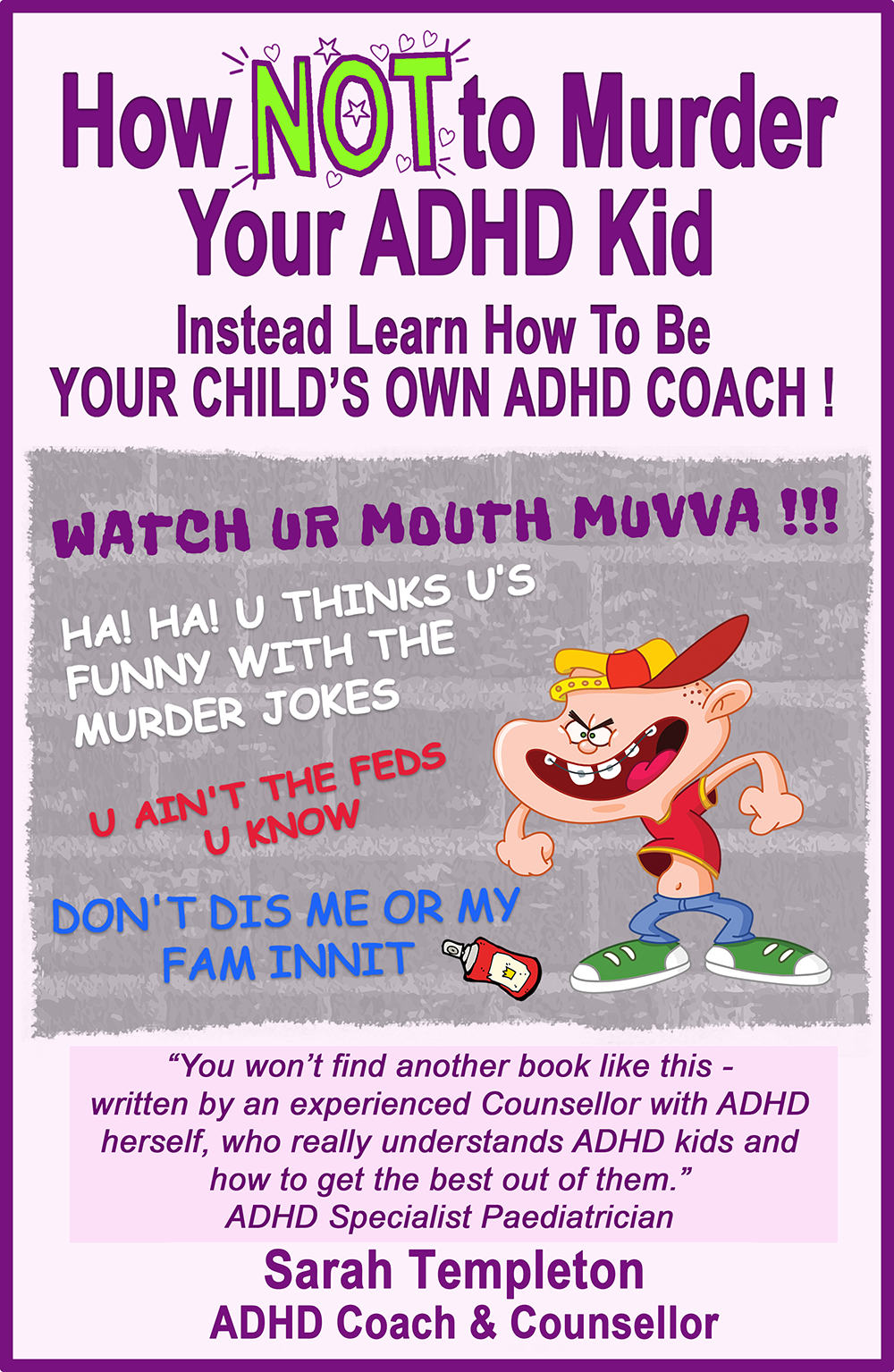 It broke her heart working with so many hundreds of diagnosed/undiagnosed ADHD teenagers and young adults who were good, kind people who had simply not been medicated properly and had allowed their ADHD risk-taking and thrillseeking to get the better of them.
She thought hard and realised the best way to do this was to write a book for parents to read when the children were young. She knew that parents understanding their ADHD kids’ brains was critical to keeping them on the straight and narrow during their teenage puberty years and making sure they avoided petty crime as adolescents.
Her book ‘How NOT to Murder your ADHD kid – Instead Learn how to be your child’s own ADHD Coach’ was released in April 2021. It immediately resonated with parents not only in Britain but worldwide and has been selling like hotcakes ever since.
Sarah is following this up with a second book aimed specifically at parents of ADHD teenagers. This book is due for release in 2022.

It's very rare I read books that have such an impact on me, but this is one of them. It's such an easy to read book (which kind of helps when you have ADHD!). As the title suggests, the book focuses on ADHD in children, but as an ADHD adult with potential ADHD I learnt so much about myself, and how to deal with it within the family. There's humour, kindness and a lot of support.

This book is AMAZING! I literally read it in one sitting

My God I wish this book had been available when I was bringing up the first of my 3 ADHD children. He is now nearly 18 and I’m worried sick because he’s going off the rails. This book is absolutely brilliant at explaining just why that’s happened and what I need to do about it. I’ve learnt so much already that will help my eldest son and hopefully get him back on the straight and narrow.

We strongly suspect our son has ADHD but as he has not been diagnosed we cannot access help or advise. This book has given us some really useful tips to help with some of the challenges we face, as lots of standard parenting tips just simply haven't worked for us. I would definitely recommend for anyone who is in our situation.

Brilliant easy to read book that explains a lot and gives lots of useful strategies. I read it from cover to cover and keep it close by for reference.

Brilliant book, a must have for any parent who's child has been diagnosed or in the process. I've been diving in and out and found it incredibly useful in helping to understand how my childrens ADHD minds work. There's alot to take in on the whole subject of ADHD and I'm still only learning about it all but this book is such an easy read I'll be using as my go to along the way!

How NOT to Murder Your ADHD Kid is available for purchase.